Students are welcome their first semester at LCCC to work on Wingspan, a national award-winning, four-color newspaper. Wingspan may be taken for credit (Publications Productions and Multimedia Productions), or students may participate without taking the classes. 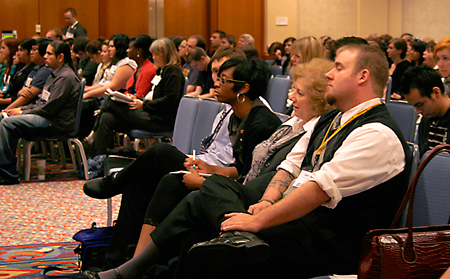 Every year, Wingspan staffers attend state, regional, and national media conventions for professional development as well as fun. These trips are so treasured that they often become students' most memorable highlight of their college career.

Wingspan is published once a month during the fall and spring semesters. Single copies are free and can be found in stands around campus.

The online version of Wingspan was the first student publication in Wyoming to be published on the Internet. Since then, it has been named an ACP Pacemaker, competing against major universities in the nation.