Laramie County Community College has a long history of athletics on campus. In 1972, men’s basketball was brought on as a featured sport, and since then, the college has added seven new sports to the list, from rodeo to Esports.

And in that time, the college’s various sports have won national championships and taken home many regional titles. It’s that success that spurred LCCC athletic staff and boosters to create the Golden Eagle Athletic Hall of Fame.

The Hall of Fame was started in 2020, with the initial class inducted in 2021, pushed back by one year due to COVID-19 protocols.

“The Golden Eagle Athletic Hall of Fame was established to recognize and celebrate the accomplishments of former Golden Eagle student-athletes, coaches, teams and contributors,” explains Cynthia Henning, who is a Hall of Fame Committee member.

The 2022 Hall of Fame class includes both teams and individuals. It will feature the 1991 and 1992 NJCAA national champion golf teams, as well as head coach John Tabor, who led the 1991 team to the championship and earned National Coach of the Year honors in 1991.

Athletes who are being inducted as individuals include Keith Whitecotton, who won the 1991 NJCAA Men’s Golf National Champion as an individual; Emily Morgan, who was a two-time regional all-around champion for the women’s rodeo team in 1994 and 1995; and Abby Jenkins, who was a member of the 2005 women’s soccer team which finished third in the nation and was the program’s first
All-American.

Entering the Hall of Fame as contributors are faculty member Joe Phelan, who was instrumental in building the athletics department for LCCC, and the first athletic director for the college, William “Bill” Quinlan.

Rounding out the class of 2022 is Shawn Dubie, who is entering as a “Legacy” member of the Hall of Fame. Shawn was a member of the rodeo team from 1987 to 1989 when he passed away as a result of an injury sustained in the 1989 Greeley Stampede. He was named the All-Around Regional Champion in 1988 and 1989, and the annual home rodeo for LCCC is named after him.

Former athletes can be nominated by anyone, and once nominated, are on the ballot for five years. Categories for nominees include athletes, teams and coaches, as well as contributors to LCCC athletics.

“Through the work of the Hall of Fame Committee, nominations are accepted in February of each year and selection occurs in April. The Hall of Fame banquet is held in August as a kickoff to LCCC’s athletic season,” Cindy explains. 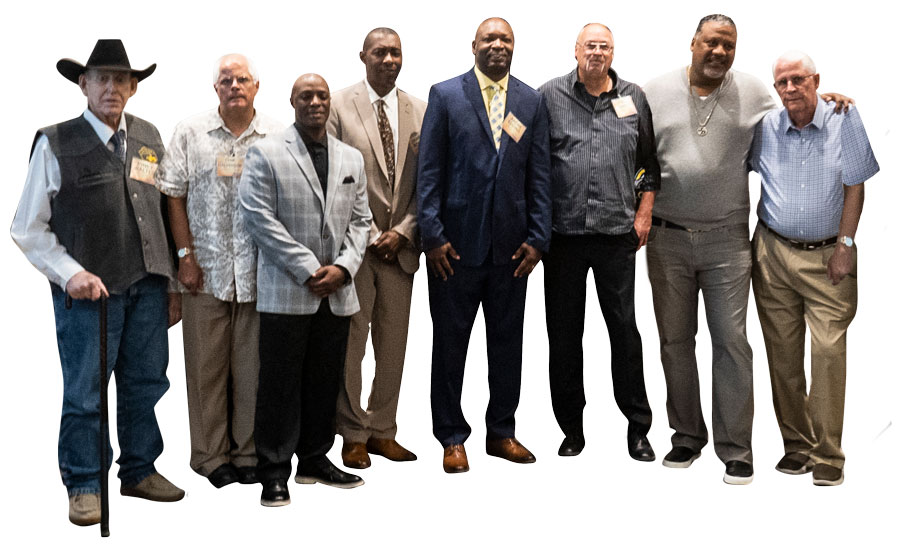